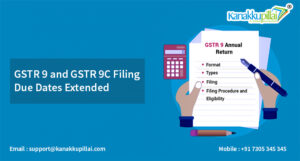 The Jammu and Kashmir Branch of Northern India Regional Council of Institute of Chartered Accountants of India (ICAI) recently organized a seminar on assessment procedure and protocols departmental audit under Goods and Services Tax (GST) Act under the norms permitted by ICAI. CA Suresh Kumar Malhotra was the Guest speaker in the seminar; he gave a detailed overview of several assessment procedures under the new tax regime, GST Act. He also deliberated on the protocols of the departmental audits and also addressed to all related queries raised by the members on the subject matter.

Further, he communicated with the enthusiasts and said that the Commissioner of GST in par with the current laws could order an investigation warrant against the registered taxpayers whose annual turnover is more than 10 crores. So, it is excepted that very soon GST officers will be visiting such taxpayers/businesses registered under GST for the intentions of conducting the audit. “However the audit of the Taxpayers having turnover not more than 10 crores shall be conducted in the department’s office,” he added.

It was further directed that all the Chartered Accountants (CA) should acknowledge their respective clients/taxpayers/businesses and the general public to file their annual returns (GSTR 9) on time so that they (taxpayers/businesses) do not have to face the penalties or taxman’s investigation. And, it is convenient for the Chartered Accountants to acquit a GST audit and provide Form GSTR 9C before to the last date of submission.

Next, it was the technical session in which CA Sanchit Gupta elucidated the attendees with all the needed details on the new professional code of ethics of the Institute of Chartered Accountants of India (ICAI).

Then, ICAI Chairman CA Shalay Razdan eased up a warm welcome to all the guest speakers present in the seminar and also gave his views on problems faced by India’s new Union Territory (Jammu and Kashmir) in filing the annual returns. Internet connectivity is one of the major hurdles for the J&K natives to willingly or unwillingly ignore the annual returns filing, reconciliations and audits. Considering the persisting scenario, he also requested the administration to extend the due dates of GSTR 9 and GSTR 9C annual return filing for Jammu and Kashmir.

CA Nakul Saraf, ICAI Branch Secretary, addressed his views related to the struggle faced by the members in terms of GSTR 9 and GSTR 9C filing and simultaneously he gave his contribution to the proceedings of the seminar and finally, the seminar ended with a formal vote of thanks by ICAI branch Vice Chairman CA Lalit Kumar Gupta.

“The due dates for GSTR-9 and GSTR-9C for FY 2017-18 are being extended in a staggered manner for different groups of States to 5th and 7th February 2020. Notifications will be uploaded shortly,” tweeted CBIC.

The CBIC (Central Board of Indirect Taxes and Customs) has again extended the due date for furnishing GST Annual Return and Reconciliation Statement (GSTR-9 / 9A and GSTR-9C) for FY 2017-18 for Group in a staggered manner. Previously, the last date to file the Returns was January 31, 2020.

This happened after thousands of complaints from taxpayers in almost all social media platforms about the GST portal not working. “Considering the difficulties being faced by taxpayers in filing GSTR-9 and GSTR-9C for FY 2017-18 it has been decided to extend the due dates in a staggered manner for different groups of States to 3rd, 5th and 7th February 2020 as under,” CBIC said in a Tweet.

The states of Maharashtra, Karnataka, Goa, Kerala, Tamil Nadu, Puducherry, Telangana, Andhra Pradesh, Other Territory has been placed under Group 1 and these states need to file their GST Annual Returns by 3rd February 2020.

GSTR-9 is an annual return that has to be filed by taxpayers whoever registered under GST and it is a yearly process. This return comprises the complete details about the outward and inward supplies received and made by the taxpayer during the relevant previous year under different taxes such as CGST, SGST & IGST and HSN codes. Generally, it is an integration compile of all the quarterly/monthly returns, such as GSTR-1, GSTR-2A, GSTR-3B which are filed in that particular year. However it seems to be complicated, but this annual return helps in extensive reconciliation of data of outward and inward supplies with 100% transparent disclosures.